A total of 350 million Turkish Liras ($58 million) have been spent so far on the renovation of the Topkapı Palace, which was the home of Ottoman sultans for hundreds of years in Istanbul.

“Our priority is to preserve the features of the palace, but at the same time we plan to attract more tourists to the venue by displaying the objects belonging to the palace,” said Mustafa Sabri Küçükaşçı, Topkapı Palace Museum’s chair. 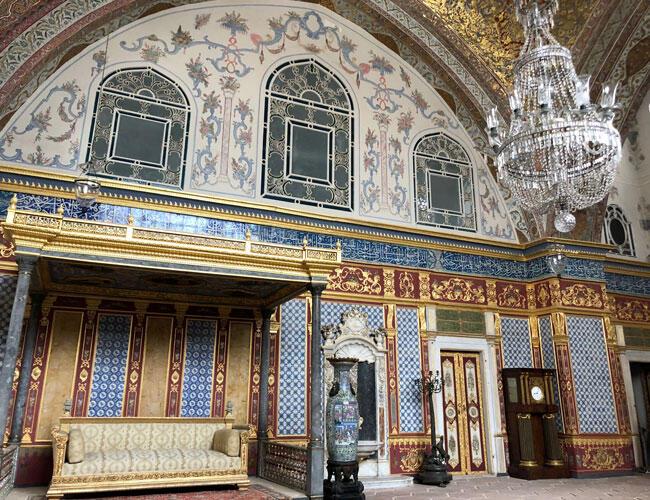 “We receive visitors and carry out the renovation work at the same time which obviously causes some delay in finishing the job. We gradually open the sections where the renovation works have been finished to visitors,” Küçükaşçı added, speaking during an event held at the Topkapı Palace on the occasion to mark World Tourism Day. According to Küçükaşçı, the number of people visiting Topkapı Palace exceeded 2 million in the first 10 months of this year. “This figure is likely to surpass 2.5 million at the end of the year,” he said.

Speaking at the event, Coşkun Yılmaz, the head of the provincial directorate of culture and tourism, noted that some 10 million tourists visited Istanbul in 2018, while Firuz Bağlıkaya, the president of the Association of Turkish Travel Agencies (TÜRSAB), said they expect some 40 million foreign tourists to visit Turkey this year.